Tom Lewand has had a distinguished career in leading some of Detroit’s most iconic brands. Most recently he served as CEO of luxury goods retailer Shinola/Detroit LLC since 2016. He previously spent more than 20 years with the Detroit Lions, including serving as team President from 2008-2015.

Lewand is also an active member of the Detroit business and nonprofit community. He currently holds board seats at the Detroit Zoological Society, the Detroit Economic Growth Corporation, the Detroit Mayor’s Workforce Development Board, the Parade Company and the Michigan Ross School of Business Dean’s Advisory Board. He was also chairman of the Detroit Metro Convention and Visitors Bureau in 2006 and 2007. He was named a Crain’s Detroit Business 40 Under Forty in 1998 and received similar accolades from Sports Business Journal in 2003 and 2005.

Lewand earned a Bachelor of Arts degree, as well as MBA and juris doctorate degrees from the University of Michigan in Ann Arbor.

As CEO, Lewand’s focus is fundraising, donor relations and the creation of a long-term real estate development plan for the campus. He also coordinates the P-20 partnership, whose seven members are collaborating to bring cradle-to-career educational programs to the campus. 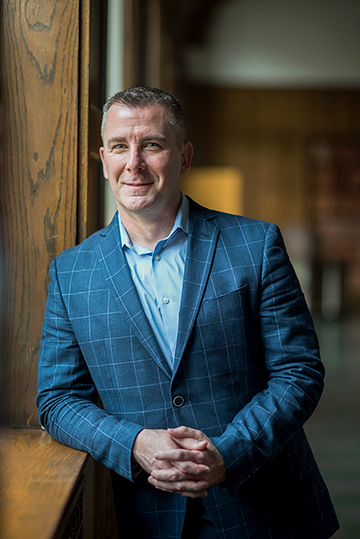