As a 2006 Marygrove College graduate, Allen credits the institution and its people for shaping her personal growth and career path. Allen deeply respects the Conservancy’s desire to honor the historical legacy of Marygrove College – which closed in December 2019 – while facilitating the campus’s evolution into a P-20 cradle-to-career educational community.

Allen received her bachelor’s degree in English/education from Marygrove College and is a Lean Six Sigma Master Black Belt. Racheal has deep roots in the community and small business ecosystem and serves as a facilitator for TechTown’s Incubator. She is a current participant in the Detroit Regional Chamber’s Leadership Detroit Class XLI and was named a 2020 Woman of Excellence by the Michigan Chronicle.

As the external leader for the organization, Allen will direct day-to-day operations and financial management of the campus, while overseeing community engagement and partnership strategies. She will lead the Conservancy’s continued efforts to engage residents and community leaders to continue the legacy of partnership between the campus and its neighbors. She will also work closely with current partners and tenants to plan and coordinate future projects. 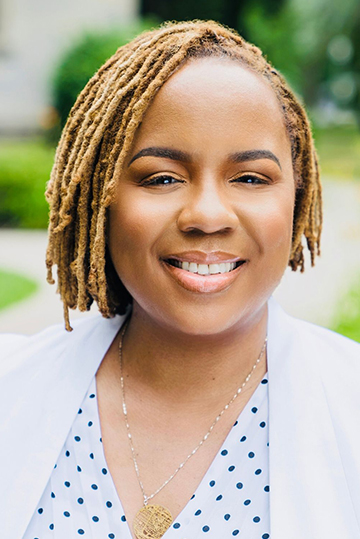